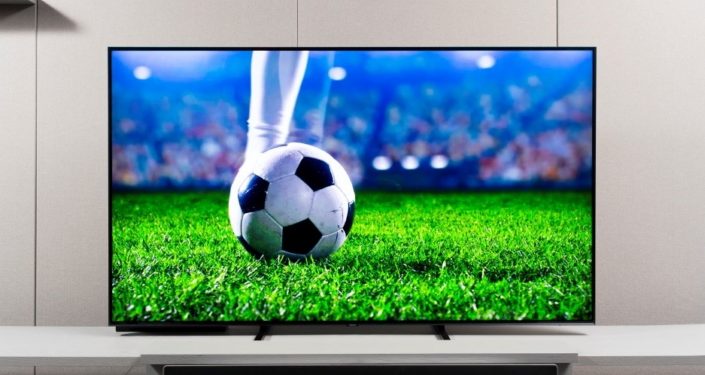 A French writer called Victor Hugo is quite famous for the wonderful phrase he coined that says “Nothing is more powerful than an idea whose time has come.” The Ugandan Sports sector is currently seeing a shift to television.

Ugandans have been getting limited chance to enjoy seeing their sports heroes in action only when there are major games like the Olympics, Commonwealth games, etc. The Sports TV Revolution is well set to change that and this couldn’t have come at a better time.

The Ugandan Sports sector has been suffering from underdevelopment mainly due to underfunding. This year, after budget cuts, the sports sector was left with only about Shs10.2 billion which is 0.025% of the roughly Shs40 trillion National Budget.

It is really amazing how an entire major sector of the national economy, namely sports, is supposed to satisfy the numerous youths with such a small budget allocation. And this could partly explain the high rate of crime orchestrated by the idle youths.

One thing however that Ugandans keep asking us is why we do not generate our own income like all sports world over. This is a question we have to answer as Sports leaders. The three main income generators for sports now are Television, Corporate Sponsorships, and Competition entry fees. Of the three, TV is the super income generator. Even from simple mathematics, it can be seen that TV is a superior income generator than the other avenues.

50,000 spectators in Namboole each paying Shs100,000 can only generate Shs5 billion in total revenues. But 10 million Ugandans paying a mere Shs2,000 to watch the same game at Namboole but on their TVs at home will generate Shs20 billion in revenues. Plus, no stadium in the world can accommodate 10 million spectators. The largest stadium in the world is the Narendra Modi cricket stadium located in the Gujarat State of India. Its sitting capacity is only 132,000 spectators. Whereas stadiums have limited capacity, Television viewership cannot be limited.

The Sports Federations of Uganda can indeed generate their own income but one of the missing ingredients has been the visibility of their games. No sponsor can give any Federation funding unless that Federation can guarantee the visibility and hence the popularity of that sponsor. Sponsors actually need sales but they are willing to settle for more visibility because that normally translates into more sales.

The absence of Ugandan games and athletes on TV was and is, therefore, a major hindering factor in the attraction of sponsorship partners and TV incomes. Next Media Services (Next Media) via their Sanyuka TV brand has taken up an impressive interest in airing Ugandan Sports and has set the Sports TV revolution into impressive motion so much that our friends of football, also called FUFA have also picked up interest.

One thing I want to request NCS is to support our Federations to have running leagues. The TV arrangements we have with Next Media are for only filming, production then live or delayed broadcast of our games. There is a huge gap at the start of that chain and that is the fact that the games need to be staged in the first place and this staging has to be regular.

In order to lock in the TV revolution, we urgently need funding to ensure that we have running leagues in all Federations that have made TV contracts with Next Media. Without that content, we shall face some problems with this Sports TV revolution. I have spoken about Sports TV for a very long time. If a foresighted man like Kin Kalisa has jumped onto it, just know that I was right all along.

I therefore implore and advise NCS to strike an early deal with Next Media to fund the content and ensure it is regularly available and then NCS can also benefit when the sponsorship taps open. This revolution is as inevitable as the sun must set today and rise tomorrow. The earlier foresighted investors jump onto it the better for them. My prayer is that this time, no one delays embracing this revolution for whatever reason.

The Writer is Robert Jjagwe, the President of the Uganda Table Tennis Association (UTTA) and Secretary General of the Union of Uganda Sports Federations and Associations (UUSFA).