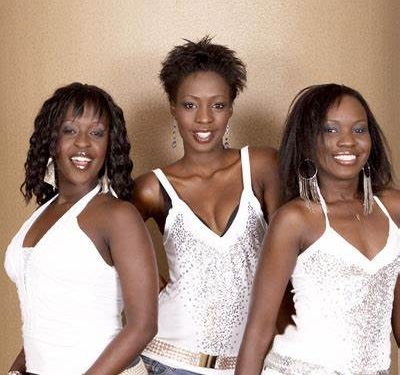 Do you remember the dynamic girl group Blu3 that swept across the airwaves and won all the awards that dared to nominate them? We might be having them again as a former member, Singer Jackie revealed that there is a possible return of the singing group.

The Ugandan music industry has never been the same in regard to girl music groups ever since the termination of Blu3. From the time of its dissolution, there have not been many groups that have impressed or matched the levels they set to music fans.

The girl’s group which had Cindy Sanyu, Lillian Mbabazi, and Jackie Chandiru blessed the industry with hits like Hitaji, Nzijukira, Where You Are, and Burn, among others.

There have been different incidents of a possible reunion which have been put off by a couple of factors including Jackie’s well-being after many years of deteriorating health as she battled drug addiction.

The ‘Gold Digger’ singer has now stated that this is the right time for the three to bury the hatchet and reunite again.

While appearing in an interview on local television last night, Chandiru said that she loves to work with her former comrades on a reunion song. She also believes that with time they are going to work together again since they are grown-up people.

“The problem was between me and Cindy and it happened a long time ago but we sat down and talked about it. Now we are grown-up ladies, we are not supposed to keep being angry with each other for all this long time yet we can sit down and solve the matter. We need to say sorry to each other and then go on because what we had was something extremely good and so anger is not something to hold but we are now very fine. Anything is possible, we are in talks,” said Chandiru.