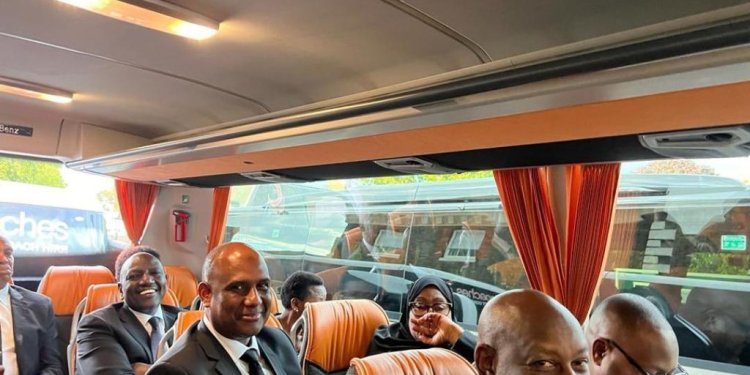 Cheeky online critics are pouncing African leaders after a photo surfaced on social media when they were riding in a bus to attend Queen Elizabeth II’s state funeral in the UK.

According to reports in the UK, attendees were told not to use their own vehicles to reach the service at Westminster Abbey or travel across London by helicopter.

Reports further indicate that US president Joe Biden is the only world leader who has been permitted to arrive in his official vehicle, the Beast.

Our marriage is a timeless celebration that we do every day–Canary, Sasha celebrate their first anniversary

Our marriage is a timeless celebration that we do every day--Canary, Sasha celebrate their first anniversary