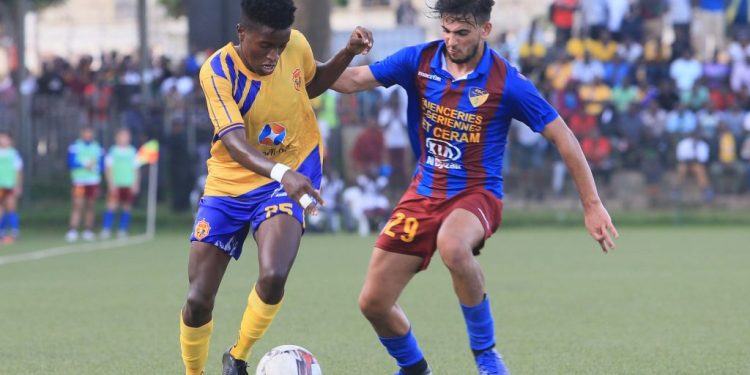 According to the club website, KCCA FC and AC Paradou agreed on a loan transfer of the midfielder.

Okello, who is a KCCA FC Junior Team graduate, made a transfer from the Lugogo-based club to Algeria on a four-year deal in 2020. However, he has been unable to break through to the first team.

The 2019 FUFA Men’s Player of the year joined KCCA Soccer Academy in 2015 and he played for the club’s Junior Team in the FUFA Juniors League for two years.

He then rose through the ranks and later made his debut for the KCCA FC senior team in 2017 at the age of 16 years.

The left-footed player bagged a hattrick on his debut against Onduparaka FC in a game that ended 7-0 in favor of KCCA FC.

Okello later played for KCCA FC in the CAF Confederation Cup and CAF Champions League in 2017 and 2018 respectively.

During his first stint at KCCA FC, Okello played 112 games and scored a total of 39 goals in three years.