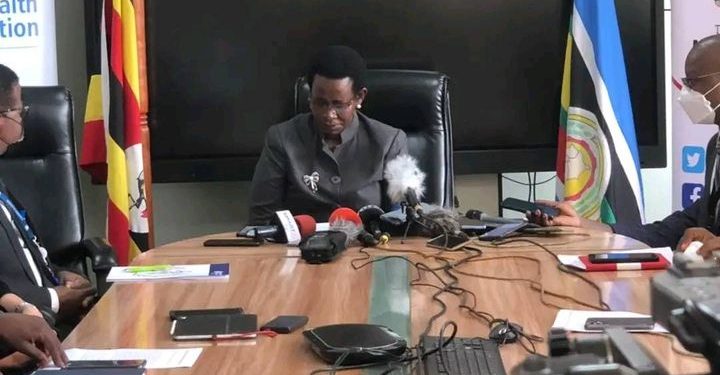 The ministry of health has confirmed an outbreak of Ebola Virus Disease (EVD) in Mubende District, Uganda.

The confirmed case is a 24-year-old male resident of Ngabano village in Madudu Sub County in Mubende district who presented with EVD symptoms and later died.

According to the health ministry’s Permanent Secretary Diana Atwine, the samples tested by the Uganda Virus Research Institute (UVRI) show that the Sudan strain is the cause of the death of a contact that passed on Monday.

The deceased will be buried today in Madudu.

Atwine revealed that three others were admitted to Mubende Referral Hospital. She further disclosed that an isolation centre has been created.

Meanwhile, the Democratic Republic of Congo, which neighbors Uganda in the west, is currently battling an outbreak of the Ebola virus categorized as a hemorrhagic fever.