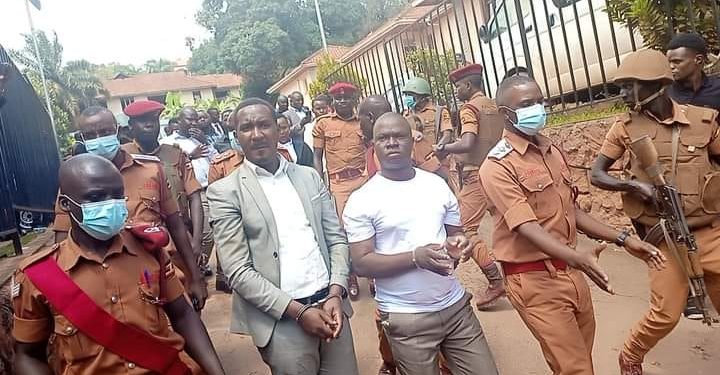 The rules that take effect on October 3 will require all visitors to provide proof of accommodation, showing the details of the hotel booking or the residence they intend to live in.

Meanwhile, anyone arriving at Dubai International Airport without money and proof of accommodation will immediately be deported from the UAE, says an alert issued in this regard.

The two embattled MPs appeared before the ICD on Thursday, and Justice Alice Komuhangi ruled that consolidation of criminal cases is alien to Ugandan laws.

Komuhangi said that the suspects can be fairly tried both at the Masaka High Court and in the International Crimes Division Court.

Winnie Nwagi bounced out of a night spot

Nwagi came out and ranted about the incident.

“An artist deserves the right to come into a club to enter for free, When you see Fire Babe coming with her friends, let her enter, ” said Nwagi.

“Following the appointment of Col. Basaliza, Hon. Simeo Nsubuga, and Mr. Omara Apita as members of the UHRC by H.E. the President, the names were forwarded to Parliament for vetting,” said Deputy Presidential Press Secretary Faruk Kirunda.

Simeo Nsubuga was one of the loudest and most enthusiastic public supporters of the 2017 constitutional amendment, which scrapped presidential age limits.

Okwi has been a free agent since June this year when his contract ran out at Rwanda Premier League outfits Kiyovu Sports Club.