War in Lugogo today: KCCA take on Vipers, looking to go 7 points clear at the top while Vipers aim to be 1 point from summit 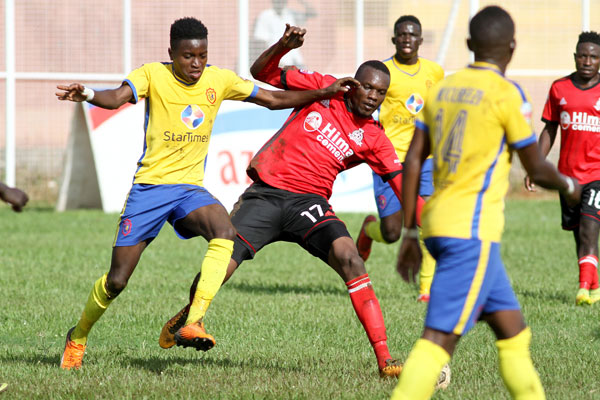 With the game being the only one on the menu in the Startimes Uganda Premier League, it will perhaps serve the football fraternity will all what they anticipate.

Both sides know the magnitude of the fixture which many think can be the title decider.

“We are playing against arguably one of the best sides in the country in Vipers and many have dubbed it as the title decider. Well! To me, it is a tie that has a lot to play for,” Mike Mutebi, the KCCA FC Head Coach said.

The gaffer, however, notified that his side is all beefed up for the task claiming that once they win, the road to win the championship will be softened.  A win for the Kasasiro boys will see them go out of site of the defending champions Vipers with seven points stretch.

Nevertheless, Vipers’ captain TadeoLwanga says they are met to fight in such games and it will not be different today. He says they will be battling to narrow the gap to one point.

“Its a tough game which requires team work but we have been in such situations numerous times and came out unscathed, everyone at the club is looking towards this game with total focus therefore dying on the pitch is the only option as we know what victory means to our ambitions, Lwanga said.

The last meeting between both giants happened last year at St Mary’s Stadium and it ended in one all stalemate.

Currently, KCCA FC tops the log on 52 points while Vipers SC is placed second on 48 points just four points from the log leaders. And both sides are on a winning 2-0 form from their previous encounters last weekend, KCCA beat KirinyaJinja SS away and Vipers also defeated Maroon in Kitende.

Chris Evans: Bumper harvest of tomatoes fetched me the Shs90 million that I used to shoot my new video in South Africa