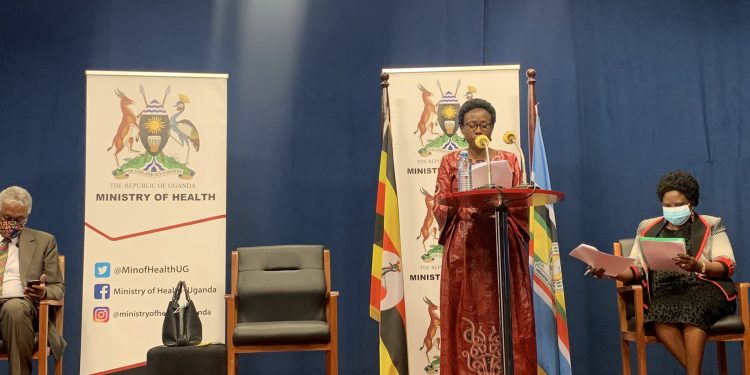 While addressing the media on the current COVID-19 pandemic in the country and response activities, Minister of Health, Dr Jane Ruth Aceng has confirmed that three businesses premises including Toyota Uganda, Eagle holdings and Megha industries have been asked to temporarily close after cases of COVID-19 were found.

“We are in phase 3 of the pandemic, where we are seeing clusters of community transmission and now deaths specifically in Kampala,” Aceng said.

The minister disclosed that 79 cases have been reported in Kampala in the last 14 days. She said 23 community cases were registered in one week, from 28 July to 3 August. However, in the following week, 4th to 12th August 2020, the confirmed cases more than doubled to 56.

“It is important to note that of all the 11 deaths so far reported nationally, eight (8) are from the Kampala region alone. More so, all were identified from unknown transmission lines,” she said.

For this Aceng said the Ministry of Health working closely with Kampala Capital City Authority (KCCA) and partners to intensify response activities to a level to correspond with the threat at hand.