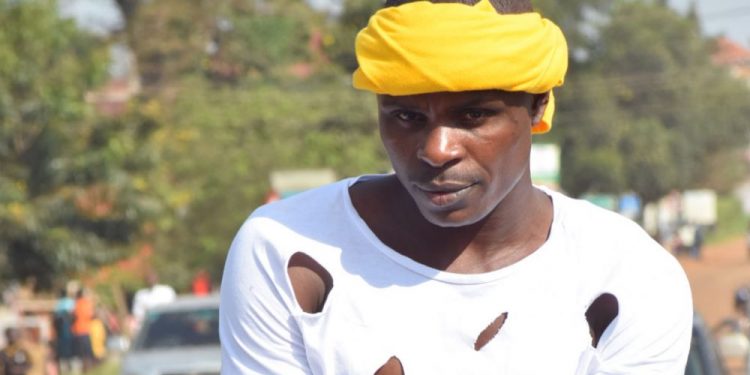 Renowned music promoter Charles Olim alias Sipapa has revealed his level of education while narrating his life story on NTV.

In an interview with ‘Mwasuuze Mutya’ Faridah Nakazibwe, the host  asked Sipapa to talk about  his level of education and where he got money from which he always give out.

According to Sipapa he dropped out of school in primary seven and later ran away from home at the age of 13 after a disagreement with his step mother.

“I didn’t go far with education because I didn’t have any support, however I am happy now and I don’t regret stopping in p.7 because I employ graduates,” said Sipapa.

Sipapa who has been accused by many for being a robber said that he is a very hard working man who has never robbed anyone.

He also said he gets his money from organizing music events and other businesses he cannot disclose.

Sipapa went ahead and said that he spent many days sleeping on Kasokoso streets because he had nowhere to sleep but during those hard days he never thought about robbing anyone, he instead decided to work hard.

“When I left my step mother’s house I was sleeping on streets and I started working as a garbage collectors which paid me money to rent my first Shs60,000 room,” Sipapa said.