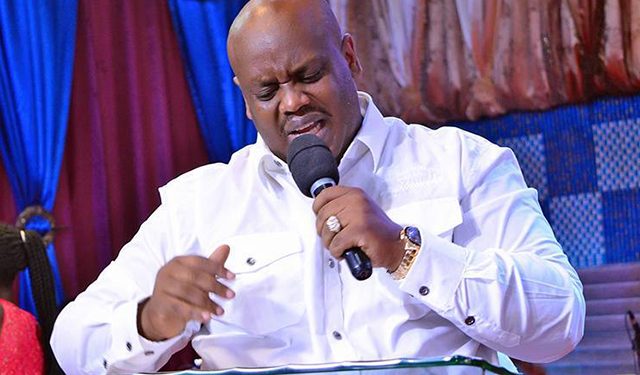 A Picture of renowned gospel singer Pastor Julie Mutesasira’s wedding to a fellow woman has shocked and divided many. Matooke Republic has learnt that the picture that has caused mixed reactions on social media was first put out by Pastor Franklin Mondo Mugisha.

Speaking during an interview, Mondo disclosed that Julie’s wedding with fellow woman happened a year ago and he has a full album of their wedding photos.

Mondo said he decided to release the photo to the end debate of why Pastor Steven Mutesasira, Julie’s ex-husband had to marry another woman.

“It really hurts me because I don’t want to be the reason for the church to split. But I had to release the photo to challenge those who have been judging Pastor Steven Mutesasira’s decision to marry another woman,” Pastor Mondo said.

“Therefore, I felt that it was in the best interest of everyone to know,” he added.

Pastor Mondo who claimed to have known Julie and Stephen for the past 18-years said Julie’s shock change to fall for fellow women ruined their marriage.

Julie and Stephen divorced three years ago and they have two kids together Esther and Ezekiel (the 2019 winners of the first season of East Africa’s Got Talent).

Over the weekend Pastor Steven Mutesasira wedded his new woman a one Joyce Nabakooza.