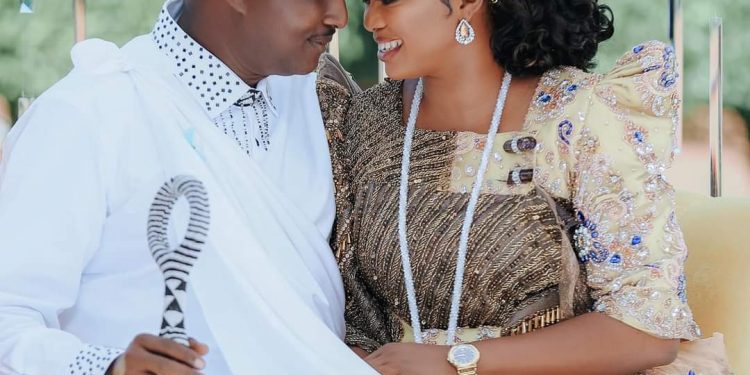 On Tuesday, Pastor Aloysious Bugingo was introduced by Suzan Makula in a customary marriage ceremony that was held in Katabi, Entebbe Municipality.

In his lawsuit, Mabirizi says that the couple violated the Marriage by Customary Law which prohibits married people from remarrying before divorce.

According to the Marriage act, Bugingo and Makula are both perpetrators of the crime and are liable on conviction to imprisonment for a period of five years.

The US Treasury Department announced its sanction on Chief Military Intelligence boss, Gen Abel Kandiho because of his role in gross human rights abuses carried out under his watch.

In their statement, they said that military intelligence officers under Kandiho’s watch have arrested, detained, and physically abused Ugandans “due to their nationality, political views, or critique of the Ugandan government”.

Earlier this week, the Uganda Civil Aviation Authority (UCAA) barred contracted staff working at Entebbe airport from using their mobile phones and other personal devices while on duty.

In a circular from Emmanuel Barungi, the general manager Entebbe airport said that “it has been noted with concern that the use of personal phones and other devices by airport staff while on duty has continued unabated despite consequent security and safety concerns.”

He said that no staff unless permitted to do so, “shall be allowed to carry his or her personal phones or other devices to their work stations.”

He warned that those found in breach of the restriction shall be subjected to disciplinary action.

Unconfirmed reports of singer Sheebah Karungi falling out with her longtime manager Jeff Kiwa of Team No Sleep (TNS) are continuing to make rounds on social media.

Sheebah and Jeff Kiwa have been together for over seven years. But according to circulating reports, the cause of the fallout is that Jeff Kiwa ventured into the real estate industry business and has less time to push the brand Sheebah, a move that apparently annoyed the singer.

The two are yet to come out publically to announce the development.